Home  >  Blog  >  Should you aim for a US publishing deal for your debut novel?

Should you aim for a US publishing deal for your debut novel? 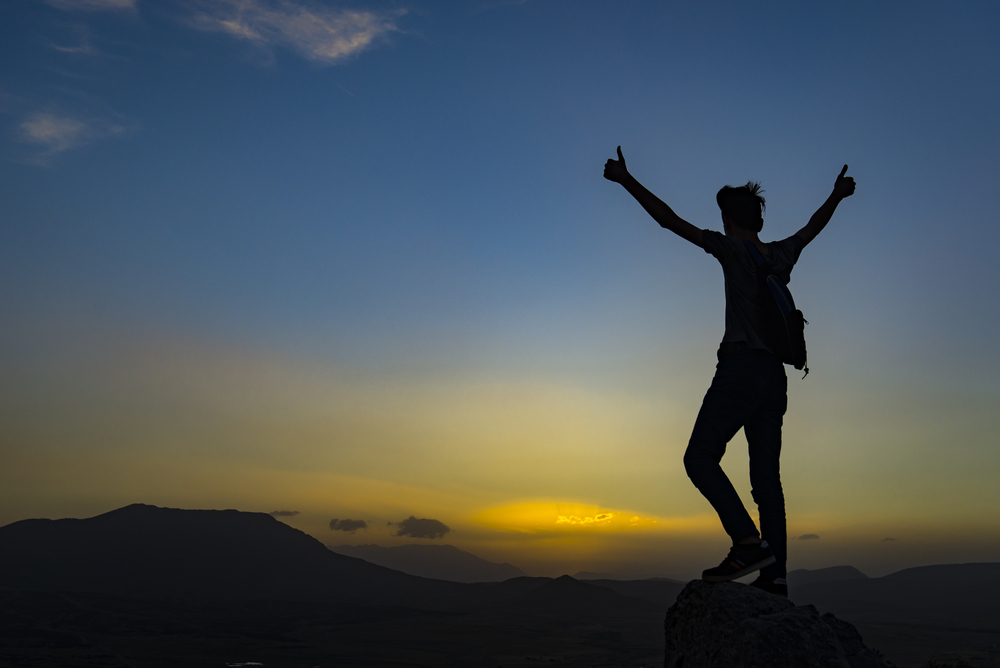 I thought my Indian publishing history would make it easier for me to get a US book deal for The Yoga of Max’s Discontent.

I got sixty literary agent rejections before acceptance, as many if not more than an average debut US novelist.

The US and Indian publishing  markets are different. Success or failure in one has little to do with success or failure in the other. Are you plugging away on your debut novel hoping to shake up India (or your home country) first and then make your way across the ocean? Don’t. Here are three reasons why you should go straight for a US publishing deal:

1. The markets are different.

Of course, there is not a single book in common but note how strikingly different even the genres are. None of the staples of the US market–damaged CIA/FBI agent chasing a serial killer; love and hope in World War 2–have an Indian equivalent. And the US market doesn’t seem to have as much use for spiritual-inspiration or college romance as India has. As I explain a little more below, fundamentally the readerships are in different stages of development so success in one doesn’t crossover to the other. I’d argue, for instance, if you’ve written a romance set in the 1947 partition or about the inside working of a start-up in India, your chances of publication are no higher in India than the US. The genre isn’t established in either market so you shouldn’t assume that higher context will make it more successful in India. I’ve seen the US publishing industry very open to new contexts.

2. The rewards are better in the US.

Yes, of course, you’re writing to awaken the world and not for petty reasons like fame or money but deep down, don’t you want to be a full-time writer and drown your boss’s nagging complaints with the thunderous applause of millions of adoring readers each time you compose that perfect sentence? You have a better chance of making it happen in the US than India (.0005% probability instead of 0.00005% probability :-)). Seriously though, here’s a comparison of my advances for the same novel with the same publishing house in India vs. the US (read this for a more detailed breakdown of my writing income).

What’s striking in the above is that The Seeker is my 3rd novel in India after two #1 bestsellers in India while The Yoga of Max’s Discontent is my debut US novel.  For full perspective, the average US advance is closer to $10-20,000 but most top-agented novels come close to mine (read this on how to find a top US literary agent). By the same token, the average Indian advance for a successful repeat novelist would be $4,000 so the relative comparison is still intact.

You’ll be pushed well, well beyond your ability in getting a US publishing deal in a way you won’t in India. This has nothing to do with editors’ ability. My Indian editors—VK Karthika(Harper) and Chiki Sarkar(Penguin) have been absolutely outstanding as has Jake Morrissey, my US editor. It has more to do with how economic forces shape the market. Kapish Mehra, Rupa’s very intelligent, articulate MD once told me that Indian readership pyramid is something like this: 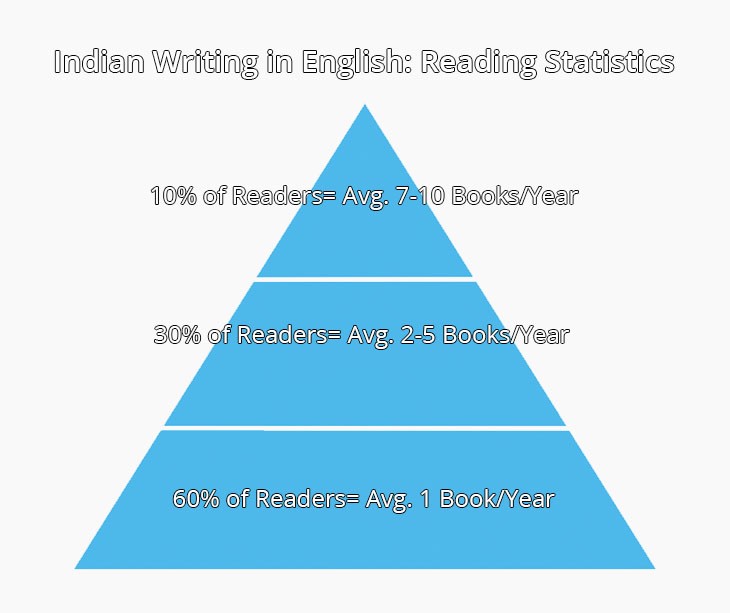 The majority of people buying books in India are reading 1 or 2 books a year. For a book to truly break out (50,000+ copies) in India, it has to appeal across the rungs of the ladder. Now, since many of the folks reading 1-2 books/year are reading fiction for the first time, they’re looking for stories that turn the pages not overwhelm them with depth and nuance.

So if your Indian publisher think your book has a chance of bottom-of-the-pyramid mass success, they won’t push you to breaking point to deepen the book. It certainly won’t help the book and may even hurt it.

On the other hand, if they don’t view the book as having mass appeal, you’ll probably find it hard to get a book deal.  India has many top-of-the-pyramid exclusive authors from Salman Rushdie to Amitav Ghosh and there’s limited scale in launching yet another author there.

In comparison, not only is the book reading population in the US (174MM) double as compared to India (90MM)**, they’re also buying more books per reader. Here’s a snapshot of the US book reading pyramid*

Three differences emerge between India and the US as a result of the variation in these reading statistics:

a) With more absolute readers, more books/reader in each rung of pyramid and higher $/book sold, there’s enough financial scale to justify a debutant at each rung of the pyramid in the US.

b) With more scale comes more competition. Nearly every novelist I meet in the US is a trained writer with a MFA degree, teaches creative writing in a university, and writes articles for The New Yorker on the side. In contrast, most novelists in India are MBAs and software engineers and such. Now of course, I think life experience rather than education degrees make a writer but all things being equal, when reading and writing is your entire life, you’ll probably develop more depth and nuance in it than when you’re a forced hobby-ist.

c) Also as a result of more competition, US agents, editors, and the reading population have to accept stories that open windows to new worlds because writers have tried nearly every trick in the book before. I think, for instance, that a detective novel set in the dark underbelly of Mumbai has a higher chance of success than yet another damaged CIA agent novel in the US since it’s a fresh and new take on a popular genre.

In summary, given the scale and competition, you’ll be pushed far more in the US than you’ll be in India. For example, The Yoga of Max’s Discontent belonged to the middle rung in both US and India but Jake Morrissey, my US editor, went through seven rounds of major edits over one full year, pushing me well beyond what I thought was capable of, before green-lighting the novel for publication. None of my Indian novels have gone through such intensive edits in contrast.

Net, I’d say go straight for the US market with one caveat: You’ll have fewer chances of getting a foot in the door without a track record.

For example, my initial cold query in the US had an acceptance rate of 30-40%, 5-10x higher than a typical debutant query, likely because of my Indian publishing history (you can read my full query here). But the advantage ends there. Post the query stage, a book is judged by its own merits.

If this convinces you to go straight for a US publishing deal, here are two final pieces of advice to increase your odds (read this for a detailed perspective on how to get a worlwide publishing deal):

In every writing class I’ve attended in New York City, I’m shocked by the lack of diversity in stories. Everyone is writing about a dysfunctional rich family in Manhattan or a young adult dystopian novel, making it very hard to stand out among the crowd. Pursue a big idea. Backpack, travel, self-destruct, tear your life apart, do anything that pushes you out of your comfortable life so you don’t tell comfortable stories. That’ll exponentially increase your chances of being published–and living a good life.

2. Hire a freelance editor before you start submitting to agents and publishers.

Jake Morrissey, my editor at Random House US, accepts <0.5% of manuscripts that cross his desk. And these are agented submissions from the best literary agents in the world. My agent, Mollie Glick at CAA, has a similar acceptance rate. With odds like these, your manuscript has to be polished and shining before it gets out into the world. Your friends and family can’t lift it to the same level a professional can. Hire a freelance editor to help you unpeel and de-layer and go deeper and deeper into the story you’re trying to tell. That’s their job and they’re good at it.

Now, set forth. Writing and eventually, publishing will change your life, making it deeper, richer, and more full of possibility than ever before. Aim for nothing less than the best—and always reach out if I can help you with anything!

**Projected based on AC Nielsen Estimates