Home  >  Blog  >  Vipassana Meditation: why you should spend ten days in silence

Vipassana Meditation: why you should spend ten days in silence 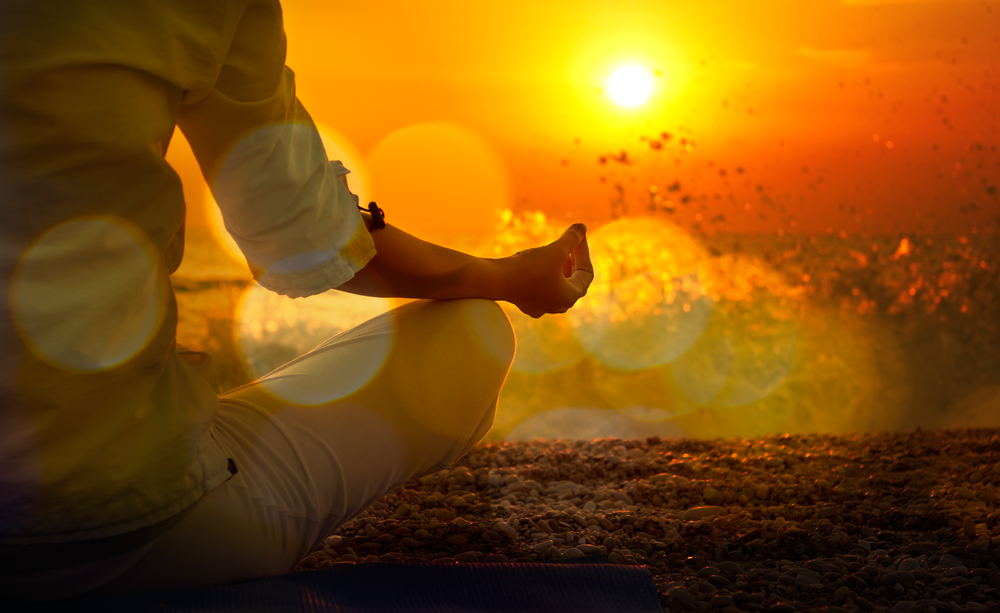 I don’t practice Vipassana meditation, leaning towards more concentration-based techniques instead, but I think vipassana is an excellent meditation technique for beginners and everyone should do a ten-day silent Vipassana meditation retreat. Make no mistake; this ten-day course will be among the most demanding endeavors of your life (see the rigorous daily schedule here). Just sitting with your spine erect for eleven hours a day can be a challenge, now add complete silence and two sparse meals a day to it, and you’re guaranteed some level of physical and emotional agony. Yet, I’ve completed three courses in the last ten years and am now committed to doing one each year. You’ll learn the proper way to meditate in the course but you’ll also learn more as follows:

1. You’ll get at-least one great insight about an area you’re struggling with in life.

I’d been trying to crack the premise for The Seeker for a couple of years but wasn’t making much progress despite many fits and starts. Then, Kerry and I stopped in Dhamma Atala, the Vipassana center in Italy, while backpacking from Europe to India during our sabbatical. Our goal was to learn a proper meditation techniques for beginners, not think of book ideas, but on the fifth night of the course, the whole story of The Seeker came to me in a flash. And I immediately knew it was the right idea to pursue. I attribute it to the elimination of all “noise”—chatting, reading, exercising, everything—enabling disjointed subconscious thoughts to connect into a coherent whole.  This burst of insight doesn’t happen just for tangible questions. After my next vipassana course in Kohlapur six months later, I quit drinking and became a vegetarian for good. I hadn’t been thinking of diet explicitly but somewhere deep down I’d been bothered by my drinking for years. The silence just made it burst onto the surface.

2. You’ll be deeply touched by people’s generosity, changing you for the better.

I’m not a particularly emotional person but I found myself in tears on the tenth day of the course struck suddenly by the knowledge that all ten days were paid for by people’s generosity. Yes, vipassana is completely free. You don’t pay for food, lodging, the beautiful surroundings, teachings, even transportation to the retreat in some places, nothing. There’s no hard-sell to solicit donations after and no attempt to convert you into any religion or ideology. For ten days, you’re just taught meditation techniques for beginners with complete sincerity with no expectation of return. The dhamma humbles you, turns you into a monk with a begging bowl, grateful for whatever’s given, not judging or expecting something from every transaction.

As I said, I don’t practice vipassana meditation since the technique of observing the breath is a little too dry for me. Yet, I credit the first vipassana course I did almost fifteen years ago in Dharamsala as the foundation of my spiritual life. The theory behind vipassana—observing the constant state of flux your body and mind are in to realize there’s no permanent “I”—is scientific and robust. The no-nonsense, non-sectarian, non-religious video discourses expounding the science of meditation at the end of each day are a welcome relief from the soft, hippie-ish talk of “vibrations”, “chakras”, and “energy fields” in most modern meditation classes. All in all, even if you experiment with other techniques as I did after, you’ll learn the foundations of meditation that reinforce the old yoga adage that the paths are many but the truth is one. All spiritual and religious traditions are fingers pointing to the same moon.

What is it about seekers after truth? We’re all cut from the same cloth, a couple of shades different from the world of men and hobbits. You stay silent for nine out of ten days in vipassana. On the tenth day, you can talk for a few hours—and immediately you meet people who understand you better than people you’ve known all your life. I’m still friends with a French writer and an Indian banker I met in Vipassana in Dharamsala and Kohlapur respectively. A Krishna-Bhakt from Slovenia I met in vipassana in Italy became an inspiration for one of my favorite characters in The Seeker. Others have drifted in and out of touch but left a glimmer of a memory behind in a way few people do.

5. You’ll realize what a dark place your mind is…

I did my second ten-day course after practicing meditation 2x a day for a few months. I thought I’d become calmer and would sail through the ten days of silence. But once again, I found my mind in a similar chaos, thinking of how X or Y had failed me, remembering past humiliations, constructing elaborate future fantasies of wanting to be the world’s #1 bestselling novelist, worrying that my father was having a heart attack (he hasn’t had one in twenty years), and so on. And each day was still a torture, still the same mathematical calculation—“3 days over, only 70% left to go; now 50%, now 40% etc.” So much for spiritual progress!

6. …yet a glimpse of a solution emerges.

Westerners often find Buddhist philosophy with its assertive “life is dukkha” declaration pessimistic. On the contrary, I find much to cheer in how clearly it states an irrevocable truth. Life indeed, as characterized by all of our experiences, is full of anguish and incompleteness. Yet, a solution, a path to completeness exists. In that sense, the ten-day course is a microcosm of the Buddhist world-view. The mental agitation one feels in the silence is counter- balanced by the growing knowledge that a state of complete bliss exists. How do you access it? I encourage you to spend ten days in silence to find out!

You can sign up for a vipassana course here. And if this inspires you to meditate, don’t forget to sign up for my free meditation video course, Kerry’s nutrition guide, and a free preview of three chapters of The Yoga of Max’s Discontent here. Yes, just like vipassana, they’re free!