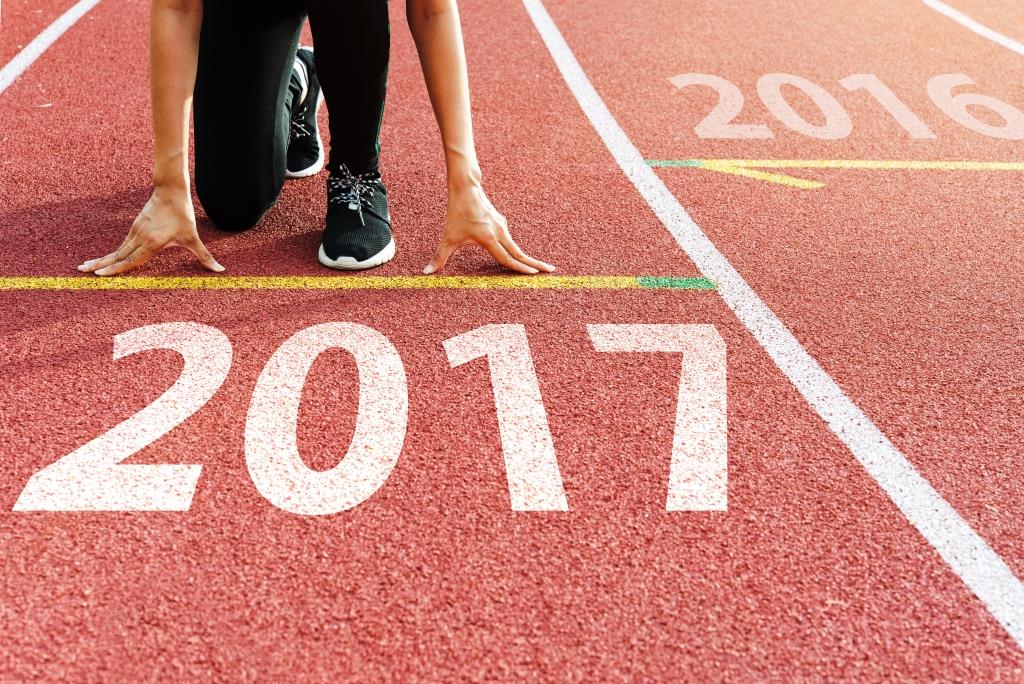 I wanted millions of people to read The Yoga of Max’s Discontent, my first worldwide novel with Random House, so I poured all my energy into marketing it.

I launched an online business.

Nothing I did worked this year.

Perhaps that’s why 2016 ended up being my best year professionally. I tried, failed, learnt so much that I ended up in my dream job at the end of the year. As the head of Discovery in India, for the first time I’m in a role that lies at the perfect intersection of my business and creative life.

I couldn’t have predicted it. No one can predict anything anymore. The world has never been so volatile. Old models are crashing every day. Governments are in turmoil. Amidst all of this, there’s only one zero-risk strategy left in the world.

Set big goals, stumble, fall, pick up the pieces, each time you’ll be sharpening your mind and mastering complexity, so when the next wave of disruption comes, you’re cresting on top not flailing below. The goal isn’t the point, your pursuit is.

Until a few years ago, I was a planner. I craved certainties. Where would I live in five years, what would I be doing, who would I be with etc. It was a small life, bounded by the limits of my imagination.

Now I’ve accepted that I can know nothing.

If you’re growing, you keep changing.

I thought I wanted a promotion at work in 2012. Instead, I left my job to live in an ashram for a year. Then, I thought I’d become a full-time writer in Ecuador. Instead, I joined a start-up in Brooklyn. And at the beginning of 2016, I couldn’t have planned that I’d be leading a media company in India at the end of it.

The strange thing I know now is none of these were detours. Writing deepened my creative well. Meditation taught me how to harness it.  Both of these led to more interesting opportunities in business than years of working in a straight line in business would have.

Its not about the work, it’s about who you become through your work.

Know nothing. Life is a zig zag line.

Just keep saying yes to every opportunity that help you grow exponentially. The older I get, the more I learn that dots connect in unexpected ways. Pursuing growth has a strange way of always working out.

I’m seeing a strange pattern in jobs that I’m recruiting for lately. People who’ve done two seemingly unrelated things very well, typically one in business, one in art or one in a traditional field, one in a new field, are the exact blend of what we need for meaty, challenging roles and we’ll pay anything for them.

If you’re a marketer who’s making YouTube movies on the side, you’re so much more creatively attractive for a marketing role today.

If you’re a strategy consultant who makes music on the side, you’re a home run for a media company.

If the industrial revolution was about deep, narrow specialization, I think the new world is about connecting unrelated dots. Uber was born from a delayed cab ride, Air BnB from a room shortage in a design conference etc.

Of course, there’s always a role for a super-specialist, 100% expert in any field, the Top 0.01% among the hobbits, but if unbounded curiosity is your jam, choose two things and become 75% good at them.

Only a few such people exist and opportunities keep chasing them.

3. Blame nothing on the kids.

We almost didn’t move to India this year. I was worried about how Leela and Rumi would do–their health, their schools, their safety, their…

Our kids are thriving in India.

I’d projected my discomfort with change, my nervousness, my insecurities on our kids.

Don’t make kids an excuse for the changes you’ve been putting off. Our friends with three kids, age 7, 14, and 16, took a sabbatical in Spain and transferred their kids to an international school in Barcelona for a year. The kids had an even better time than their parents.

And it’s not just about you. The more your kids see you thrive in change, the more they’ll be prepared for the world of ambiguity they’ll likely become adults in.

I’m returning home after a gap of few years so I’m meeting a lot of ghosts from my past in re-unions, get-togethers and such.

They don’t have middle-aged bellies or eyes swollen from drink. They’re moderate in their diet and regular in their exercise. Rarely do they indulge in excess perhaps because there’s too much to look forward to in the day ahead without a groggy head.  I don’t know the cause-effect here. Does good health lead to a successful life or the reverse? All I know is that I’m motivated more than ever to keep my daily exercise/meditation routine going.

Do you need to make a major transformation next year or can you cruise along as you are?

Each time I face this question, I ask myself just this one question:

Do I have enough moments in the day when I lose myself completely?

Am I so absorbed in my work, my life, my relationships, that I dissolve completely?

Then I’m on the right path. If I’m judging, considering, debating, evaluating pros and cons in any aspect of life, something is off.

I’ve wasted far too many days, months, years in relationships, jobs, choices, that were good enough but not transcendental. Don’t make my mistake. Lose yourself in 2017. Make changes to any part of life that doesn’t give you that feeling of self-dissolution, that glimpse of transcendence. The short-term pain of becoming a butterfly is far less than the long-term pain of continuing to be a caterpillar.

Here’s wishing you an exceptional year. And as always, do drop me a note in the comments. I’d love to know the changes you’re planning–let’s keep each other honest!